Thanks to the support of the Federal Ministry of Education and Research (BMBF) in Germany, Irankoran can approach to previously inaccessible collections. This source material offers a new perspective on the textual history of the Quran, for it is the first time that Quranic manuscripts from the Eastern part of the Islamic world are going to be systematically scrutinised.

Irankoran is using and completing the work of the project Corpus Coranicum of the Berlin-Brandenburg Academy of Sciences and Humanities (BBAW). Since 2009, Corpus Coranicum has published the first digital comprehensive online catalogue of early Quranic manuscripts, mainly based on the Western part of the Islamic world kept in European collections. It has also developed a system for digital transliteration of Quranic manuscripts.

In the course of the project Irankoran, images of Quranic manuscripts from Iranian collections, together with their metadata, are recorded in an online digital catalogue, “Bibliotheca Coranica Iranica”, according to the guidelines of the Text Encoding Initiative (TEI). This online catalogue will present a prototype that will be used by other (previously unavailable) Iranian collections and will help develop more manuscript collections online. The publication path also ensures the accessibility of the data and results obtained in the Islamic world.

In addition to the digitalisation of the Iranian of Quranic manuscripts, which makes them accessible to other scholars all over the world, the project aims at preparing digital editions of early Kufic Quranic manuscripts which cover three aspects of the text: (a) spellings of the Quranic text (rasm), (b) variant readings (qirāʾāt), and verse numbering (ʿadd al-āy) in the manuscript. In order to perform this idea, a digital database has been developed where for each word of the Quran, all three information can be recorded.

Irankoran also confronts the statements of the Islamic scholarly literature on the variant readings of the Quranic text with the readings as they appear in the early manuscripts. The main question is to what extent the seven readings of the Quran, canonised by the Baghdadian scholar Ibn Muǧāhid (died 936), can assert themselves in early Quranic manuscripts some of which predate his time.

Almost all Quranic manuscripts from early period represent special signs for separating and sometimes numbering the verses. Since we have differences in numbering the Quranic verses which traditionally assumed to be originated from different locals and regions, one would expect that these differences appear in the Quranic manuscript as well. Again, the goal here is to assess the Islamic traditions on verse numbering through registration of the data in each manuscript into the database, and then a detailed survey of them.

Dating of the manuscript plays a central role in understanding the history of the Quran. Unfortunately, early Quranic manuscripts usually have no colophon, most probably because the first and/or the last pages of the manuscript are usually exposed to damages. Of course, sometimes one finds pseudo-colophons which later inserted into the last page of manuscripts claiming attribution to the Shīʿī Imāms. Interestingly on the territory of the Islamic Republic of Iran, at least one codex is kept that is attributed to Caliph ʿUthmān, in the city of Negel in Kurdestan, which seems very difficult to have access.

Since the paleographical classification of script styles can only provide a relative chronology for early Quranic manuscripts, dating based on radiocarbon analysis (C-14 analysis) seems to be useful. The radiocarbon measurements are carried out in cooperation with the Laboratory of Ion Beam Physics Isotope Laboratory (ETH Zurich).

Irankoran is an interdisciplinary research project for it incorporates the philological analysis of the Quranic manuscripts and scientific dating through C-14 analysis. The results of Irankoran will be published online. Because of its digital dimension, the main goal is to encourage its academic audience of the value of digital publication and to convince the authorities in libraries and collections who still have problems to accept the idea, as it is the case in Europe, in the United States of America, and also often in the Middle East, to put their heritage online.

*Dr. Ali Aghaei is a research fellow at the Berlin-Brandenburg Academy of Sciences and Humanities (BBAW) and the head of IranKoran project funded by the Federal Ministry of Education and Research (BMBF) in Germany. 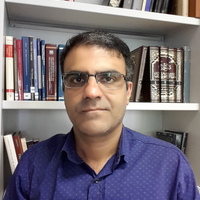