Bearing inventory number CBL Is 1558, the Chester Beatty Library’s so-called Ruzbihan Qur’an is surely one of the finest Islamic manuscripts in existence. It was produced in the city of Shiraz, in southwest Iran and, although undated, work on it was likely begun about 1550. By that date, Shiraz had been a major centre of book production for at least two centuries. Production was mainly commercial—with Shiraz manuscripts exported far and wide within the Islamic world—but fine manuscripts, the result of princely or other high-level patronage, were also produced there.

The calligrapher of the Chester Beatty Qur’an was Ruzbihan Muhammad al-Tab‘i al-Shirazi, whom Qadi Ahmad singles out as one of the four great calligraphers of sixteenth-century Shiraz. In his well-known treatise on calligraphers and painters, Qadi Ahmad underscores the high esteem in which these four calligraphers were held by telling us that most of the other renowned calligraphers, not only in Shiraz, but in all of Fars, Khurasan, Kirman and Iraq, were ‘mere eaters of the crumbs from their table’. Although a calligrapher of such high regard would have copied the text of numerous manuscripts over the course of his career, only five Qur’ans signed by Ruzbihan, including the Chester Beatty manuscript, have survived to this day, while another manuscript, a copy of the Qasida of Imam ‘Ali Riza, is also signed by him.

Ruzbihan copied the text of the Chester Beatty manuscript onto large sheets of highly burnished, slightly off-white paper, each measuring approximately 42.7 x 29 cm. The arrangement of the text on the page consists of a series of panels containing long lines of large-scale script (muhaqqaq in the upper and lower panels but thulth in the middle panel) and shorter lines of small-scale script (naskh). The lines of naskh script were copied in black ink, but the lines of muhaqqaq and thulth were copied in either blue or gold ink, with the placement of the blue and gold inks alternating from opening to opening, further complicating an already complicated arrangement of the text. For each type of script, the nib of the reed pen was cut in a specific manner, so each page is the result of using three different scripts, at least three different pens and three different colours of ink. The copying of the text was, therefore, an especially long and labourious task, as well as a costly one, for the large lines of script meant fewer words could be fitted onto each page and therefore more sheets of expensive paper were required: the large (and heavy) manuscript consists of 445 folios, or 890 pages.

Overall, the manuscript had survived the centuries well, except for one major problem: on each page, the text is framed by a series of thin bands and lines of gold and coloured pigments, including a corrosive, copper-bearing green pigment known as atacamite, which, over the centuries, had burned through the paper. As a result, on many folios, the paper was split along the green framing line, sometimes with the rectangular section of the text almost completely dislodged from the surrounding paper. This meant the manuscript could no longer be safely handled, and so, in 2012, it was decided to remove the manuscript’s binding to allow the folios to be conserved. Once all the damaged folios had been repaired (and before the manuscript was rebound), a lengthy period of research on the manuscript was undertaken, which culminated, in the summer of 2016, in an exhibition at the Chester Beatty and then, in 2018, in the publication of a book on the manuscript, entitled Lapis and Gold, Exploring Chester Beatty’s Ruzbihan Qur’an, by the Chester Beatty’s then Curator of the Islamic Collections, Elaine Wright.

With the folios loose, they could be much more easily and safely manipulated than if bound, and the resulting close study of the manuscript—often with the aid of a microscope—revealed many surprises, one of which was the discovery of omissions and errors in the text. Although it is often said that the act of copying out the text of the Qur’an is one of reverence, calligraphers are of course only human, and no matter how careful one is, small slip-ups are bound to occur, especially when the copying of the text was as complicated a matter as it was with the Ruzbihan Qur’an. Omissions most often occurred when the same word or phrase appeared in close sequence within the text, with the calligrapher omitting the second occurrence of the word or phrase. If the omission was caught, the omitted text was usually added by squeezing it between the existing lines of text, in a small hand. Actual errors—usually just a wrong letter or wrong word—could be fixed, if caught when the ink was still damp, by licking the paper to remove the ink; once the paper had dried, the correct letter or word was added.

The information presented above is drawn from Parts 1-3 of Lapis and Gold, which, following a brief introduction, focus on Ruzbihan and his contribution to the production of the manuscript and then on the specific features of the manuscript that facilitate the reading and recitation of the holy text. The latter includes a discussion of the small devices that mark the end of each verse, which, though found in all copies of the Qur’an, are treated with a level of detail and precision absent in almost all other manuscripts of the time. The care lavished on these tiny devices is reflected, on a much grander scale, by the other, unusually fine illuminations found throughout the manuscript, which are the focus of Parts 4-5 of the book.

Indeed, although the manuscript is renowned for being in the hand of Ruzbihan, it is equally the combined quality, extent, complexity and diversity of its overall decorative program that sets the manuscript apart from almost all others of its time.  Moreover, while the text was copied by a single individual, it is clear that a large team of highly skilled, but now anonymous artists and craftsmen was responsible for the decoration. Especially magnificent are the five fully illuminated, double-page openings—and one single page—that mark the beginning, middle and end of the manuscript. As in most manuscripts, illuminated headings mark the beginning of each sura (chapter) of the Qur’an, but those in the Ruzbihan Qur’an are much more varied in terms of both composition and palette than is typical for the sixteenth century. Close examination of these illuminations revealed that when painting areas with a gold ground, the artist first added the gold and then painted the coloured pigments on top of it. However, if the deep blue pigment made from ground-up lapis lazuli was to be used for the ground, then all the gold and coloured details—no matter how tiny—were painted in first and, then, the dark blue ground was painted in around them. This reversal of the process was necessary because of the nature of the blue pigment, which absorbs any colour painted on top of it.

In most manuscripts, the small vertical panels at either side of the short lines of naskh script are undecorated or, at best, are very simply decorated. But in the Ruzbihan Qur’an, each of these more than 3,500 panels is beautifully decorated. One of the two types of decoration used consists of that seen elsewhere throughout the manuscript, namely a gold ground overpainted with multi-coloured blossoms. The other—used for more than eighty-five per cent of the panels—is much more extraordinary. It consists of separate pieces of paper dyed in a wide range of often unusual colours and overpainted with tiny lotuses and other blossoms, mainly using thin wash-like pigments. So far, this technique of dying, over-painting with washes and pasting in place separate pieces of papers has not been seen in any other manuscript.

Curiously, the illuminations at the end of the manuscript exhibit a startling change in aesthetic, an obvious change of taste that can be seen in broad terms as a move from a more classical style of decoration (as used in the shamsas and frontispiece) to one in which earlier norms of beauty seem to be discarded, replaced by what often seems an almost discordant conglomeration of patterns and colours. In some cases, existing illuminations have been overpainted, but this was not a much later re-working of the illuminations for there are clear indications that the artists responsible were the same ones who produced all other illuminations in the manuscript. Moreover, once started, this re-working of the manuscript was soon halted, for only the final fourteen openings are either partially or fully affected.

What prompted the decisions to begin and then end the re-working of the illuminations is not known.

[Editor’s note: The book, Lapis and Gold, is available on Amazon or from the publisher. A complete digitized version of the Ruzbihan Qur’an (CBL Is 1558) can also be viewed on the Chester Beatty Library website.]

*Dr. Elaine Wright worked as Curator of the Islamic Collections at the Chester Beatty Library from 1998 to 2017, where she was responsible for the care, management and public display of the Library’s more than 6,000 Islamic manuscripts and single-page paintings and calligraphies.

Her main area of research is manuscript production in the Persianate world. In addition to Lapis and Gold, she is the author of Islam: Faith, Art, Culture, Manuscripts of the Chester Beatty Library (2009) and The Look of the Book: Manuscript Production in Shiraz, 1303-1452 (2012); she is also the main author of Muraqqa‘, Imperial Mughal Albums from the Chester Beatty Library (2008).

Dr. Elaine Wright worked as Curator of the Islamic Collections at the Chester Beatty Library from 1998 to 2017, where she was responsible for the care, management and public display of the Library’s more than 6,000 Islamic manuscripts and single-page paintings and calligraphies.

Make sure to subscribe to our newsletter and be the first to know the news. 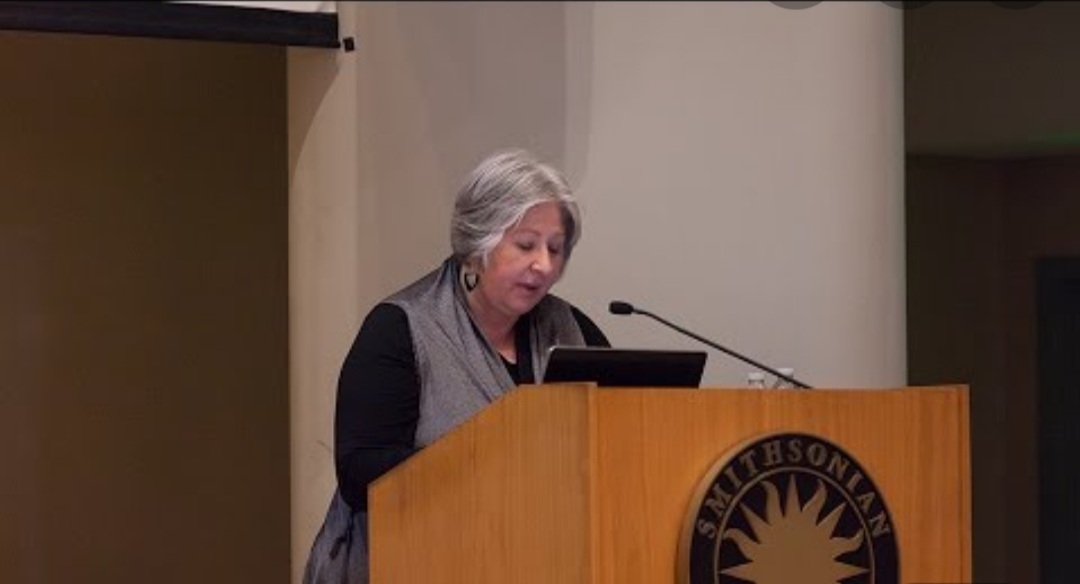 Dr. Elaine Wright worked as Curator of the Islamic Collections at the Chester Beatty Library from 1998 to 2017, where she was responsible for the care, management and public display of the Library’s more than 6,000 Islamic manuscripts and single-page paintings and calligraphies.