On the north-western side of the courtyard of the Damascus Great Mosque, there is an octagonal building standing on eight pillars, salvaged from the late-antique church of St. John the Baptist. The use of this structure as a treasury for funds (fig. 1) possibly started in Umayyad times, in 86 AH/705 CE, when the church was turned into a mosque. Indeed, this set a precedent for other regions and later periods: in 340/951-2, for example, al-Iṣṭakhrī wrote that in Ādharbayjān they deposit “the treasure in the Great Mosque after the Syrian fashion (‘alà rasm al-Shām). In Syria, in fact, they deposit the treasure in the Great Mosque in a little structure called bayt al-māl, covered with a leaden roof, closed by an iron door, and supported on nine (sic) columns”[1].

As for Western sources, the earliest description of the domed octagonal building was made by Richard Pococke (1704-1765), who believed that it was a baptistery. Commenting on the plan of the Umayyad mosque, Pococke recorded, “There are a great number of mosques in Damascus, some of which were formerly churches, particularly the principal mosque, which was the cathedral church. […] A plan of the cathedral, and of the supposed buildings about it can be seen in the twenty-fifth plate. […] D is an octagon baptistery built on eight pillars”[2].

The octagonal Bayt al-māl/Treasury, known in Western sources as the Qubbat al-khazna/storage dome), functioned first as a strongroom and later as an archive and library as well as a repository for written documents. It is not known when the transition from Treasury to storage room took place, but the different names given for the very same building—Bayt al-māl and Qubbat al-khazna—–reflect the two different functions of the structure at two different stages[3].

The custom of keeping both documents and books in a special place was part of the ancient Jewish tradition, the Cairo Genizah being a well-known example of this practice. In the Middle East, this tradition was also maintained by Christian and Muslim communities[4]. The Damascus Qubba is thus an ‘Islamic’ strongroom—also given its location within the walls of a mosque—and it held a large quantity of multilingual, and multigraphic, manuscript evidence representing a wide variety of religions, cultures, languages and alphabets.

There are as many as 200,000 manuscript fragments in the Qubba collection, although it is difficult to give a precise figure for various reasons: most of the fragments are currently in Istanbul, while others are still kept in Damascus, but at different sites, namely the National Museum and the Museum of Calligraphy. The whereabouts of a number of manuscripts is, however, unknown.

A forthcoming book, entitled The Damascus Fragments: Towards a History of the Qubbat al-khazna Corpus of Manuscripts and Documents, edited by the writer together with Konrad Hirschler and Ronny Vollandt, will present the manuscript evidence from the Damascene Qubba as an organic corpus.

Both the Syrian National Museum and the Museum of Calligraphy hold folios of ancient Qur’ans, originally part of the Qubbat al-khazna collection, which are datable from between the middle of the 2nd century AH/second half of the 8th century AD to the 5th/11th century. I have already had occasion to study and illustrate various Qur’anic fragments from both these museums[5]. I will limit myself here to mentioning the three folios of the Qur’an of Amajūr, which have never hitherto been illustrated. I was able to document these after seeing them displayed in one of the showcases in the Museum of Calligraphy in Damascus (fig. 2).

The close connection between the Qubbat al-khazna and the Qur’anic fragments seems to have inspired Ottoman cabinetmakers to create a particular type of Qur’an box (fig. 3)[6]. The link between the Qubba, in which the manuscript fragments of the Damascus genizah-like deposit were kept, and the Ottoman wooden box created to contain a copy of the Qur’an that was moved to the Türk ve İslam Eserleri Müzesi in 1911 – just a few years before the arrival of the Damascus papers (Şam evrakı) in Istanbul (1917) – seems a remarkable case of mise en abîme.

The aim of this paper is to present a further unpublished Qur’anic fragment from the National Museum of Damascus (Inv. Nr. ‘Ayn 718)[7] containing the final verses of the Sūrat al-nūr (24, vv. 61-64) and the beginning of the Sūrat al-furqān (25, vv. 1-3). This parchment fragment can be dated to the 9th century based on palaeographical grounds (Style B.II). The text, comprising 16 lines of script per page, is written in black ink with red dots indicating the vocalization (fig. 4)[8]. The title of the Sūrat al-furqān and the number of its verses (sab‘ūna wa-sitt: 76)[9] is written in gold and outlined in ink (fig. 5), although the verses are not divided like the majority of the fragments belonging to this style[10]. Among the main features of the script, it is possible to note the following:
– The extension of the retroflex yā’/alif maqṣūra below the line (fig. 4, line 10: ḥattà and fig. 5, line 7: shay’);
– the short lower hook of the independent alif;
– The vertical body of the nūn with a short perpendicular lower stroke at the end of a word;
– The initial form of the ‘ayn with the hook that begins with an oblique stroke to the left (similar to C.Ia style)
– The hā’ in medial form that is connected to the following letter with a stroke from its pointed top (fig. 5, last line: li-anfusihim);
– The qāf in the final position taking the form of a U that points towards the right in relation to the head of the letter.

For comparison, it is useful to bear in mind fragment KFQ13 and KFQ 14 of the Nasir Khalili Collection (London) and the Paris fragment, Bibliothèque nationale, MS Arabe 340f.

[Editor’s note: The calligraphic style in Inv. Nr. ‘Ayn 718 (illustrated above) matches several Quranic manuscripts from the Museum of Turkish and Islamic Art (TIEM no. 457 and 458); Walters Art Museum (MS. W.552); and one Quranic folio previously held at King Faisal Centre for Research and Islamic Studies. This last example is identical to Inv. Nr. ‘Ayn 718 and likely belong to the Qubba collection. In both folios, black ink is used for the Quranic text, red ink for vowels, and each page has 16 lines]

[4] For example, the 1975 discovery of a room at St Catherine on Mount Sinai that had been sealed since the eighteenth century, containing another third of the library’s holdings – known since then as the ‘New Finds’ –, occurred just two years after the chance discovery of the manuscript fragments in Ṣan‘ā’ (Yemen) in 1973.

[7] The image of the fragment presented in this paper was taken from among the previously published photographs of other fragments from the National Museum; see supra. The inventory number is recorded in ink in the right-hand corner of the verso of the folio.

[9] The changes in how the āyāt (verses) were numbered in ancient Qur’anic fragments has not yet been studied in depth. Different ways of numbering the verses are found in these fragments, with both the abjad system and numerals attested. In the fragments in which numerals are used, one sees that units can precede – as expected – or follow – as in this case – the tens.

[10] There are 15 lines of script on the verso of this fragment, although some blank spaces, corresponding to a line of script, are also left in order to separate the end of Sura 24, as well as the title of the Sūrat al-Furqān and the number of its verses (lines 1-7), from the beginning of the Sura 25 text (lines 8-15). 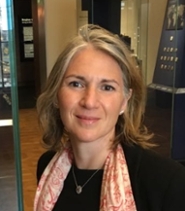