Written by Annabel Teh Gallop

The finest Qur’an manuscripts in the Malay peninsula were created in the 19th century along its long east coast, stretching from Patani and other Muslim regions of Thailand in the north, down through the present-day Malaysian states of Kelantan and Terengganu and further southwards to Pahang, Johor and the islands of Riau in Indonesia. Within this cultural continuum two distinct artistic schools can be discerned, centred on Patani and Terengganu (cf. Gallop 2005). Patani-style Qur’ans tend to be smaller and simpler but often manifest exquisite artistic taste. The Terengganu school, however, has produced the most sumptuous and technically accomplished Qur’an manuscripts in the whole of Southeast Asia, lavishly illuminated with gold and pigments in a rich deep palette of red, yellow, blue and green, outlined with black ink and lightened with touches of reserved white, in distinctive deep red leather with gold-tooled bindings. Truly virtuousic creations, these Terengganu-style Qur’ans are the only examples from the Malay world which suggest a professionalised royal atelier context of production, rather then the village- or madrasah-level endeavours associatedwith other artistic centres. Terengganu Qur’an manuscripts were evidently highly sought-after throughout the archipelago, for examples have been found in palace collections from Palembang in Sumatra to Pontianak in Kalimantan and Solo in central Java. Yet Terengganu Qur’ans are hardly known outside the region, probably because most of the 40 or so manuscripts documented so far are still held in Malaysia, with a few in Indonesia and Singapore; the only known example in a public collection outside Southeast Asia is in the Qatar National Library (HC.MS.02664, shown above).

I was thus very pleased to be contacted by email and via Twitter in November 2021 by Encik (Mr) Kamal Zulkhairi, with some photographs of a Terengganu-style Qur’an, a family heirloom.  Encik Kamal now lives in Seremban in Negeri Sembilan in Malaysia, but originally comes from a village called Mengabang Telipot, 17 km from Kuala Terengganu.  The Qur’an had belonged to his grandfather, Encik Muda bin Mahmud.  Encik Kamal recalled hearing from his grandmother that Encik Muda was also known to some people as Che Muda Bulan, because on his right belly he had a scar obtained in a fight shaped like a crescent (bulan means moon in Malay). The Qur’an had been written by Encik Muda’s great-great-grandfather (and thus Encik Kamal’s great-great-great-great grandfather), Encik Hassan.  The manuscript had been damaged in flooding in Terengganu in 1986, and also – like many other fine Terengganu Qur’ans – unfortunately was copied with black irongall ink which has now degraded and eaten into the paper.

As outlined in an earlier study (Gallop 2005), fine Terengganu Qur’ans usually have three pairs of double decorated frames: at the beginning, adorning the start of the Holy Book; in the middle  marking the start of Surat al-Isra’ (Q.17); and at the end, enclosing the final surahs.  The other, plainer, pages, always have 15 lines of text laid out according to the standard Ottoman ayat berkenar template, whereby each juz’ or thirtieth part of the Qur’anic text fits exactly on to 10 folios or 20 pages of paper, with each page always ending with a complete verse.  The start of each juz’ is signalled with a beautiful marginal ornament at the top of a right-hand page, and divisions of each juz’ may also be marked by similar illuminated ornaments.  Thus far, Encik Kamal’s family Qur’an conforms closely to other Terengganu-style Qur’ans known, although the fact that the calligraphic calibre of the illuminated surah headings did not reach the heights seen in some of the exemplars of the genre (cf. Gallop 2012) suggested a place of production away from the royal centre, perhaps northwards to Kelantan or southwards to Pahang.

By far the most significant feature of Encik Kamal’s Qur’an manuscript is that it contains, at the end, after a closing prayer, a beautifully illuminated colophon panel, giving full details of when and by whom this manuscript was written.  The colophon, written in Malay, is in two parts.  The first is set in an exquisite almond-shape cartouche surrounded by a floral border on a blue ground, within a rectangle with the resulting corners filled with a floral pattern on a red ground, and gives the date of completion of the manuscript:

Khatam Qur’an ini kepada tujuh belas hari bulan [Rabiulakhir] pada hari Khamis waktu kemudian daripada sembahyang ‘asar pada hijrat al-nabi salla Allah ‘alayhi wa-sallam seribu dua ratus enam puluh lima tahun pada tahun zai adanya ‘This Qur’an was completed on the seventeenth of the month of [Rabiulakhir] on Thursday, at the time just after the afternoon prayer, in the year of the migration of the prophet, peace and blessings be upon him, one thousand two hundred and sixty five, in a zai year.

17 Rabiulakhir 1265 equates to 12 March 1849, while the description of the year as a zai year refers to the Malay octaval cycle of eight years, each named after an Arabic letter (cf. Proudfoot 2006: 13).  The second part of the colophon is enclosed in a much simpler boat-shaped quadrilateral cartouche below, and gives the name and origin of the scribe:

Riswadi Azmi has suggested that production of these superb Terenggau Qur’ans may be linked to the reign of Baginda Omar (r. 1839-1876), the ninth sultan of Terengganu, who vigorously promoted the study of Islam in the state. Yet despite their relatively recent date, almost nothing is known of the context of production.  This is mainly because the manuscripts generally only contain the Qur’anic text itself, without any supplementary texts such variant readings (qira’at) or prayers on completion of the reading (du‘a khatam al-Qur’an), or, crucially, colophons with information on the identity of the scribe and/or patron, and the place and date of writing.  The few dates associated with Terengganu Qur’ans generally only derive from notes casually jotted on the covers or final pages of a manuscript (Riswadi Azmi 2020: 21-22) which cannot be interpreted unambiguously.  Thus the colophon in Encik Kamal’s Qur’an, testifying to the copying of the manuscript by Haji Hassan bin Encik Mamat of Kelantan on 17 Rabiulakhir 1265 (12 March 1849), is of exceptional importance because it is both the first integral colophon ever found in a Terengganu-style Qur’an, and also the first confirmed date for the copying of one of these beautiful manuscripts.

I would like to express my profound thanks to Encik Kamal Zulkhairi for sending me these photographs of his Qur’an manuscript, and for giving me permission to publish them in this blog article

Annabel Teh Gallop, The spirit of Langkasuka? Illuminated manuscripts from the East Coast of the Malay peninsula.  Indonesia and the Malay World, July 2005, 33 (96): 113-182.

Dr. Annabel Teh Gallop is head of the Southeast Asia section at the British Library in London. Her main research interests are in Malay manuscripts, letters, documents and seals, and the art of the Qur’an across the Indian Ocean world, and she writes regularly for the British Library’s Asian and African blog (https://blogs.bl.uk/asian-and-african). Her recent publications include Malay seals from the Islamic world of Southeast Asia (2019), a catalogue of over 2,000 seals from Southeast Asia inscribed in Arabic script. She was elected a Fellow of the British Academy in 2019. 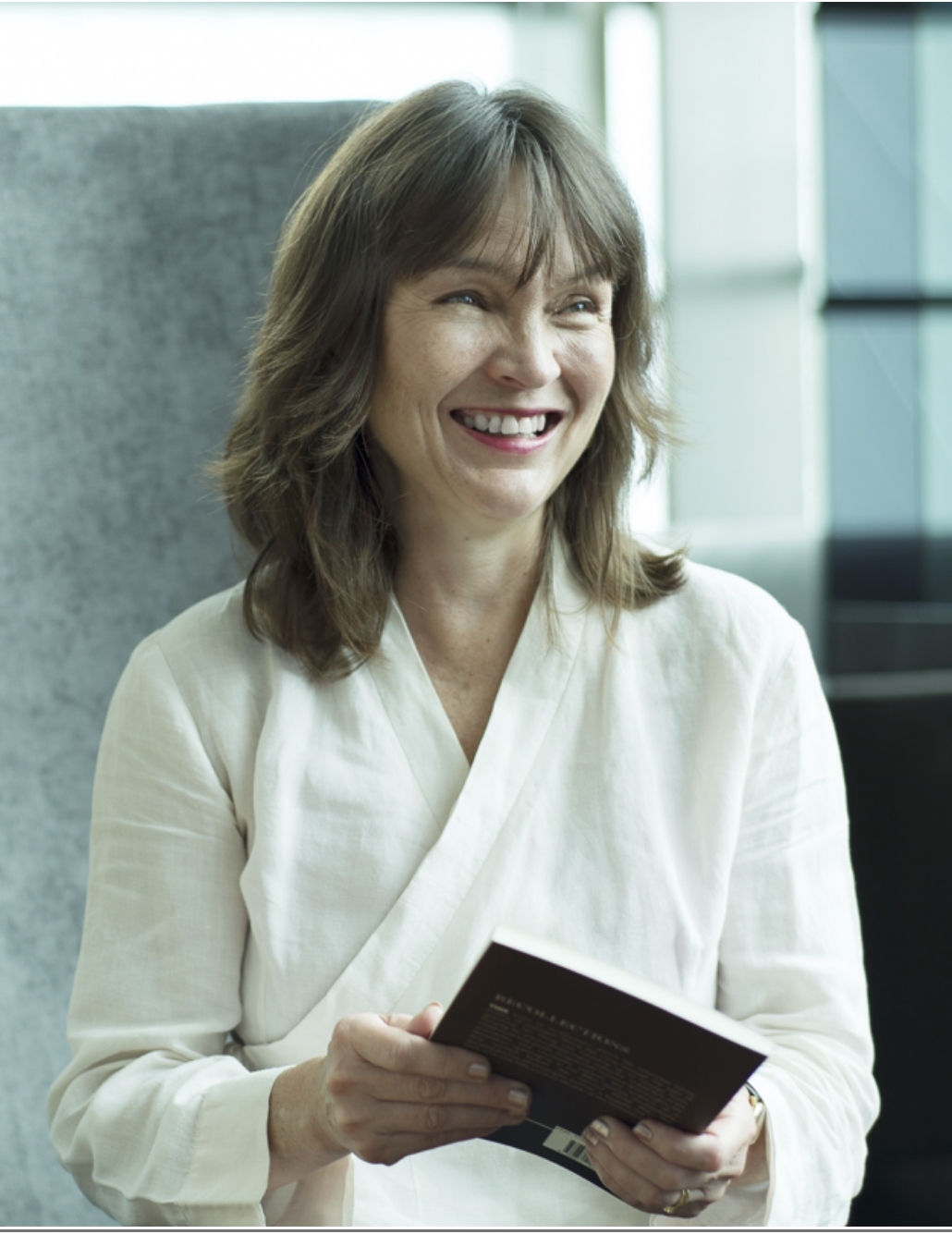 Dr. Annabel Teh Gallop is head of the Southeast Asia section at the British Library in London. Her main research interests are in Malay manuscripts, letters, documents and seals, and the art of the Qur’an across the Indian Ocean world, and she writes regularly for the British Library’s Asian and African blog (https://blogs.bl.uk/asian-and-african). Her recent publications include Malay seals from the Islamic world of Southeast Asia (2019), a catalogue of over 2,000 seals from Southeast Asia inscribed in Arabic script. She was elected a Fellow of the British Academy in 2019.