In “The Damascus fragments: Towards a history of the Qubbat-al-Khazna,” the authors point out that their work aims to take the first step in the placing of large fragmentary written documents and manuscripts on Middle east Asia map. They clarified that most of the documents have gone for years without recognition and that only those from specific fields have found useful, such as the Biblical ones. Until the twentieth century, this corpus (manuscripts and artifacts placed in one place) has been housed in a dome at the Great Umayyad Mosque in Damascus. The name Qubbat al-Khazna is not a straight forward name as seen in the manuscript; it is explained to have had contents that were discovered in the nineteenth century by a scholar. In the book, Qubat al-Khazna is explained to have been discovered in the same period as the Genizah of Ben Ezra synagogue in Cairo. Both Qubba and Cairo Genizah have served as repositories for many manuscripts found in their regions. Standing at over 200,000 discovered items, the Qubba still lags behind the materials from Cairo Genizah, which are at 350,000 items count. Readers are notified that the counting of this kind of material cannot be exact. The difference between these two depositories has been identified scholarly in the following way; discovery of Cairo Geniza has been highly developed to the extent of becoming a fully-fledged field of research while Qubba has remained marginalized in the history of Middle Eastern Asia.

The materials in the Qubba depository remained marginalized because of the difficulty associated with accessing them. The book in hand is by no means the first publication to deal with manuscripts and documents from Qubba. Other publications are mentioned to recognize the work of other hardworking scholars who have contributed to this field of academic research. Examples of publications mentioned include works from German pioneers of the early twentieth century, Bruno Violet and Hermann von Sodden, and the works of the French scholars Dominique Sourdel, Jean Richard, and Janine Sourdel Thomine. There is an explanation of the cause of individual works found in the Qubba becoming blurred, and it is alleged that individual work has not been a subject of interest to scholars, hence little is mentioned about this works. Therefore, this makes them less known. Another major difference between the Qubba and the Geniza is that Geniza contains materials that were circulated by the Jewish communities, while the Qubba stored artifacts mostly from the Muslim community. Qubba corpus was just a storehouse for a single community. More examples of the differences between the two corpora are given based on contents found in them.

In addition, the editors also reports about the planning and agenda of their Berlin conference, which took place in in 2018. The idea was to encourage conversations in different disciplines in order to learn and identify artifacts in the corpus. The conference brought together two sets of scholars, the first one being colleagues from various disciplines who had read about the Qubba findings. Editors explain that manuscripts focusing on Muslim religion are not tackled in the conference. The second group comprised of speakers who were invited to speak about their research on the Qubba. These speakers had their research based on questions such as the function of the Qubba, the history of Qubba during the pre-Ottoman period, and finally, how the Qubba was discovered. The organization of this book reflects on the importance of studying documents in the Qubba.

The first part of this book discusses the history of Qubbat al-Khaznah corpus, while the second part discusses the linguistics lines such as Greek, old French, and Hebrew. In the first section, an overview is provided to serve as a guide for readers as they navigate. Qubba’s description is illustrated as an octagonal structure on ancient roman column, and placed in the courtyard of the Great Umayyad Mosque in Damascus. Readers are informed that the Qubba is protected from harm by heavy locked iron doors. The documents in the Qubba stand at a height of an average man. Moreover, sudies about the Qubba are said to have begun in the year 1898 when German scholar Hermann von Soden and Emperor Wilhelm II visited Damascus and found about Qubba. They found the non-Muslim artifacts as interesting areas for further research.

The second part of this book, which is also the last part, deals with studies devoted to the manuscript material. Each contribution in the artifacts deals with a certain specific language or a specific manuscript evidence. There is an explanation of Ronny Vollandt study and a well presented example showing the translation of the book of Exodus and Psalms into Arabic. Examples of languages that are found in the Qubba are given, and they include Hebrew and Syriac. People who had done palaeographical analysis of different languages in the corpus are mentioned in this section. Editors also provide readers with photographic evidence of various material discussed in this book.

Codex Amrensis 1, the first volume of the series Documenta Coranica contains images and Arabic texts of four sets of fragments (seventy-five sheets) of the Qurʾān codex, once kept in the ʿAmr ibn al-ʿĀṣ Mosque at Al-Fusṭāṭ, and now in the collections of the National Library of Russia, the Bibliothèque Nationale de France, The Museum of Islamic Art, Doha and the Nasser D. Khalili Collection of Islamic Art. It includes an extensive introduction, the facsimile of the original, and the full text with annotations.The manuscript, copied during the first half of the 8th century and written in ḥiǧāzī script, contains diacritical signs for about 20% of the letters, without any signs for short vowels. It varies from today’s reference editions of the Qurʾān in verse numbering and has a different orthography. Essential reading for students and scholars of the history of the Qurʾān and its written transmission.

*Courtesy of Brill. This work, along with Sana’a Palimpsest by Asma Hilali, was recently reviewed at JAOS; see Sinai, Nicolai (2020). Beyond the Cairo Edition: On the Study of Early Quranic Codices, Journal of the American Oriental Society, 140, 1, pp. 189-204.

Edited by Mustafa Shah and M. A. S. Abdel Haleem

The Qur’an is the foundational sacred text of the Islamic faith. Traditionally revered as the literal word of God, its pronouncements and discussions form the bedrock of Islamic beliefs and teachings. Notwithstanding its religious pre-eminence and the fact that it is the sacred text for over one billion of the world’s Muslims, the Qur’an is also considered to be the matchless masterpiece of the Arabic language. Its historical impact as a text can be discerned in all aspects of the heritage of the Arabic literary tradition. Over recent decades, academic engagement with the Qur’an has produced an impressive array of scholarship, ranging from detailed studies of the text’s unique language, style and structure, to meticulous surveys of its contents, concepts and historical contexts. The Oxford Handbook of Qur’anic Studies is an essential reference and starting point for those with an academic interest in the Qur’an. It offers not only detailed reviews of influential subjects in the field, but also a critical overview of developments in the research discourse. It explores the tradition of Qur’anic exegesis and hermeneutics, making it a comprehensive academic resource for the study of the Qur’an. No single volume devoted to such a broad academic survey of the state of the field currently exists.

*Courtesy of Oxford University Press. The book will be available for pre-orders on May 28, 2020

This work is licensed under a Creative Commons Attribution-NonCommercial-NoDerivatives 4.0 International License. 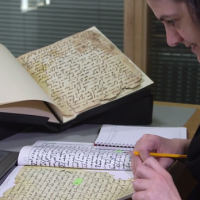 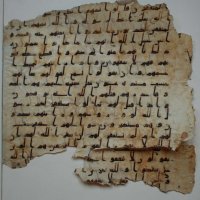